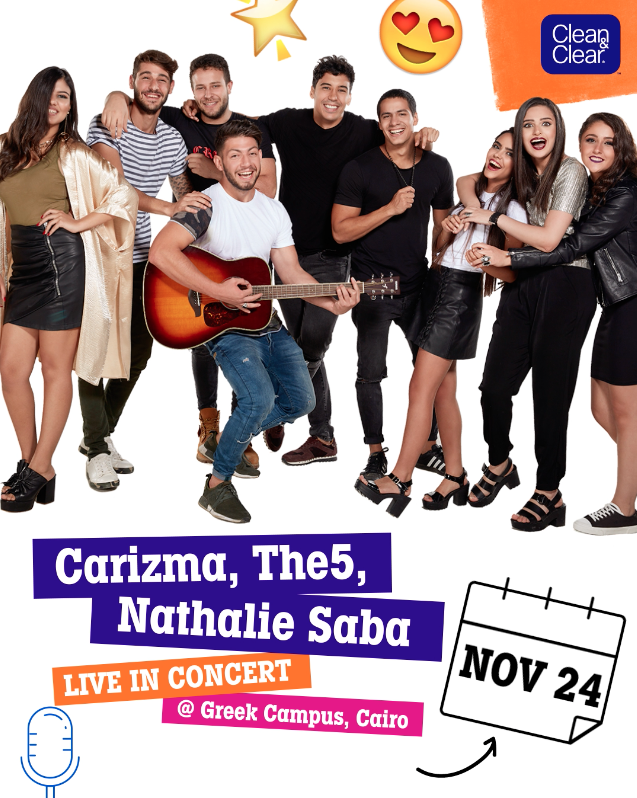 Catch The5, Nathalie Saba and Carizma on Nov.24 2017 in Cairo at Greek Campus. See you there!

Catch Example at this year’s coolest event, “Make Smart Cool” along with World’s most influential vloggers, Prince Ea, Jay Shetty and DJ Wire  on 29 September 2017. Be inspired and learn how to find your passion and achieve success in all areas of your life.

Example has certainly earned his stripes when it comes to making his mark in the music industry. With five successful albums under his belt, and a sixth one underway, he’s keeping things ticking over with multiple collaborations. These include his recent Jacob Plant collaboration, Reflections, which had regional and specialist Radio 1 support from Danny Howard, MistaJam and Greg James, Listen here 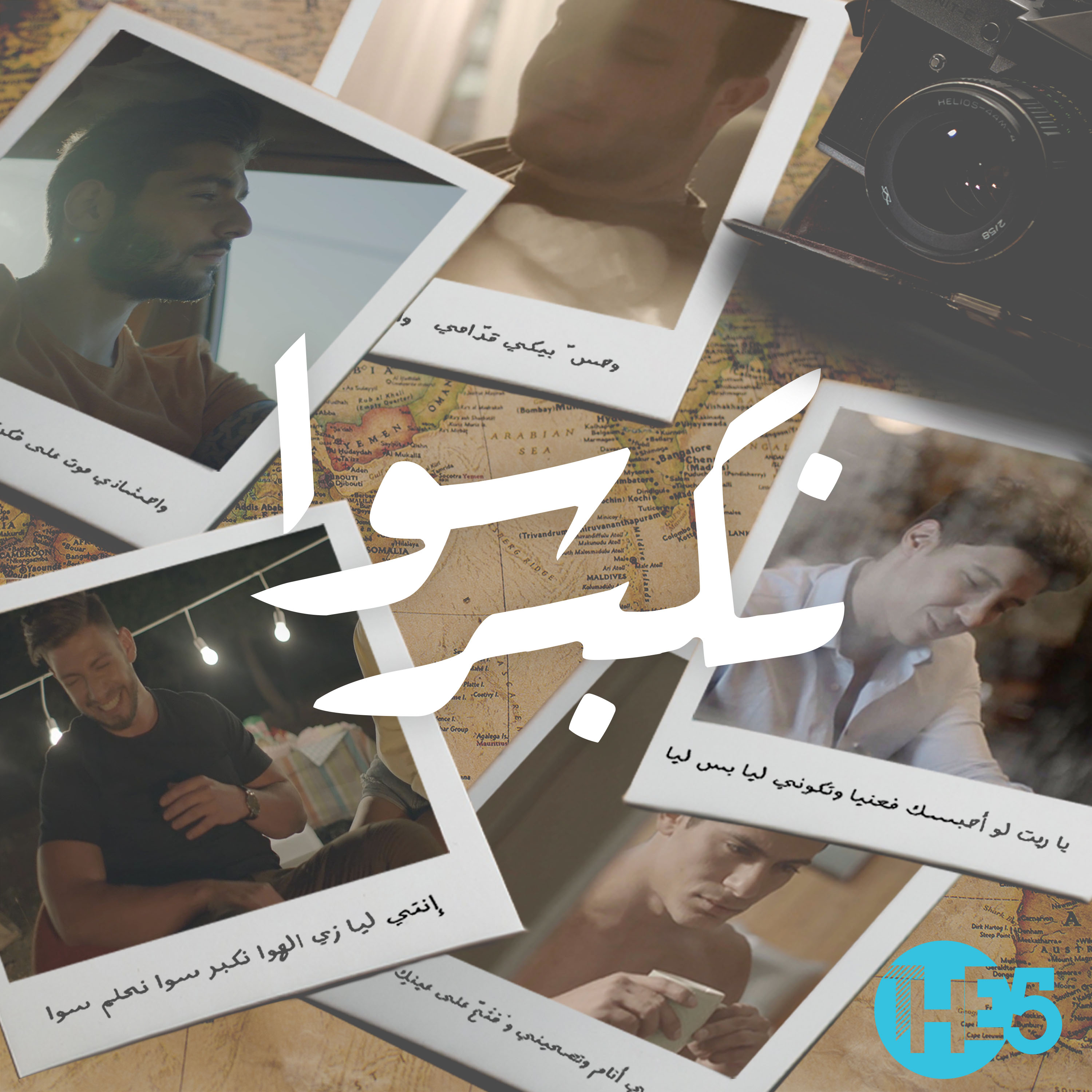 The5 dropped “Nekbar Sawa” exclusively for a week on Anghami. Upon announcement of new single, fans got really excited  and took it to social media to show The5 some love. 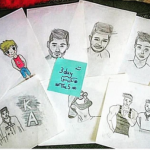 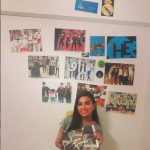 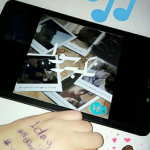 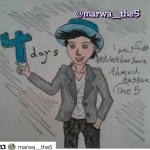 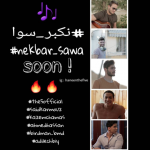 Chat to the5 exclusively on FB messenger and get behind the scenes surprises from #NekbarSawa http://m.me/the5official 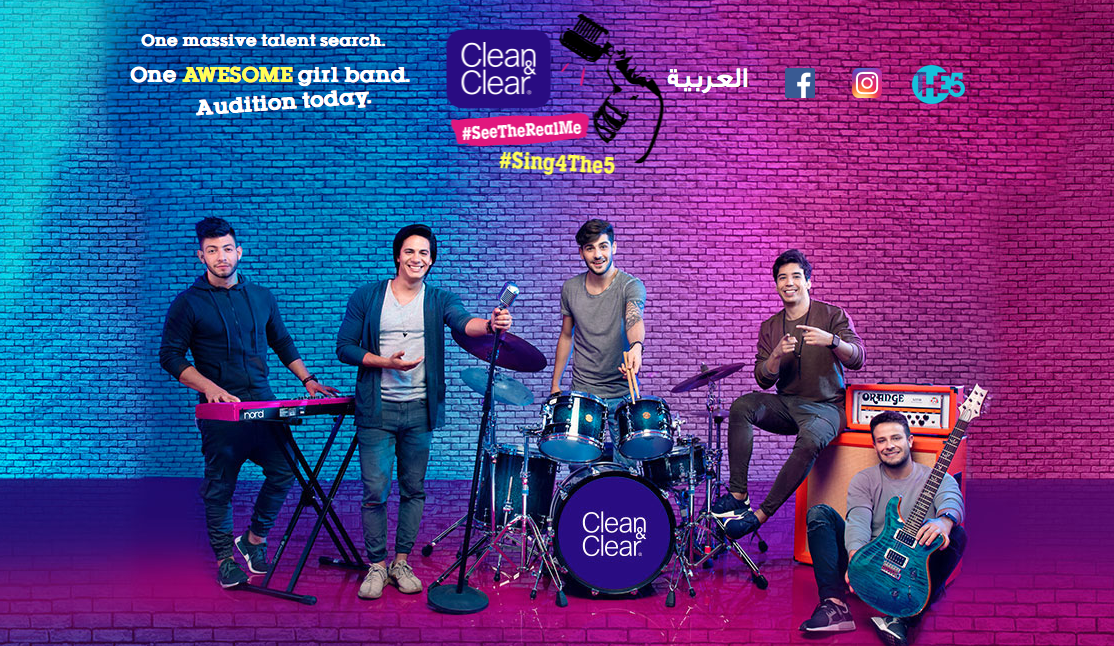 The5 just returned from Cairo and Beirut where they were searching for the region’s next big girl band for  Clean & Clear‘s campaign #Sing4The5.

The auditions kicked off on the 24th of February in Cairo Festival City Mall, where the Nathalie Saba and The5 performed live in front of their Egyptian fans and girls with the golden ticket made it to stage to audition.

Two days later, The5 were off to Carrefour in Beirut City Centre Mall looking out for more amazing talents. 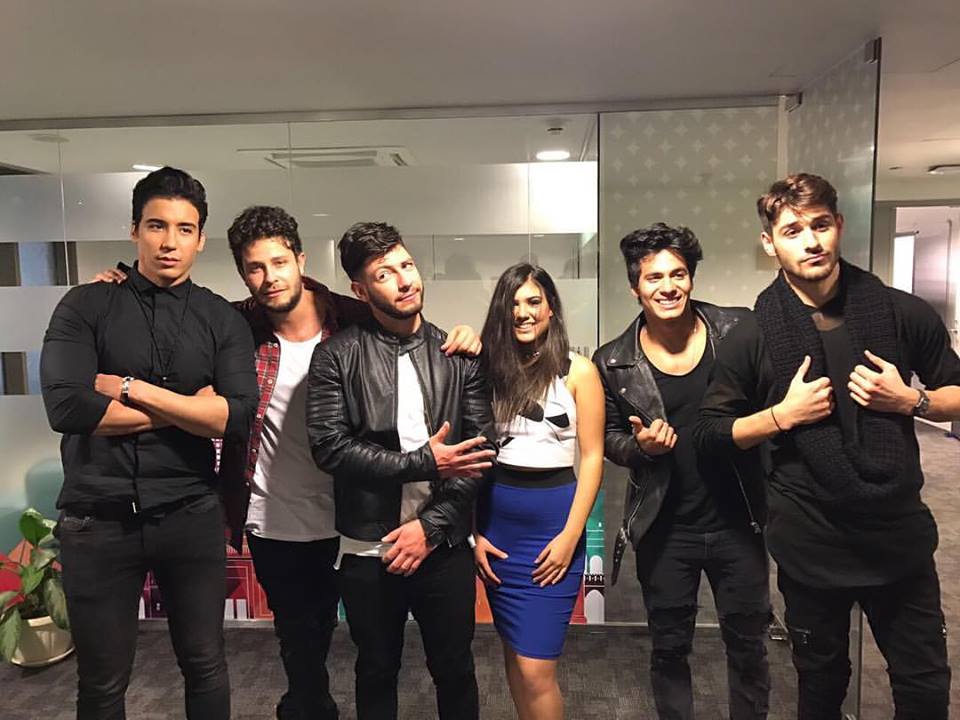 If you want to be part of the girl band go submit your audition NOW: https://seetherealmearabia.com 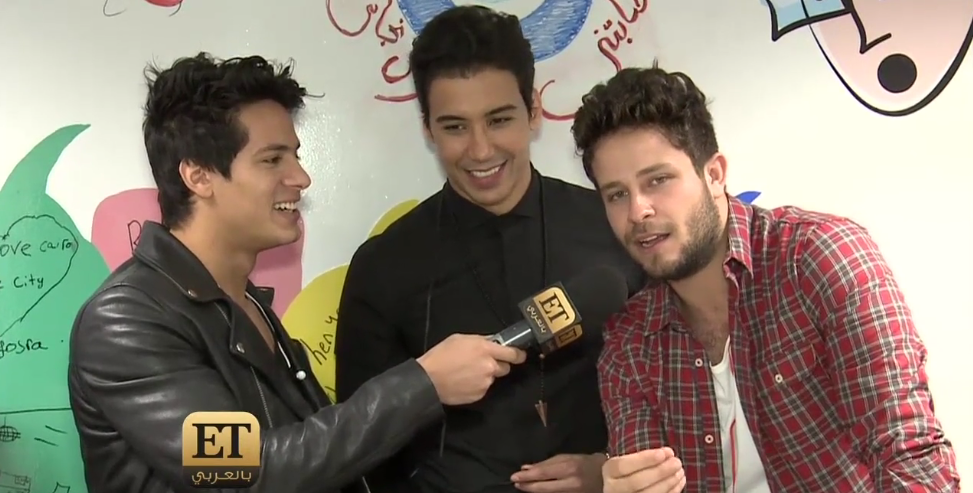 Watch behind the scenes from Cario’s performance on Et Bil Arabi here: https://goo.gl/JUyZmD 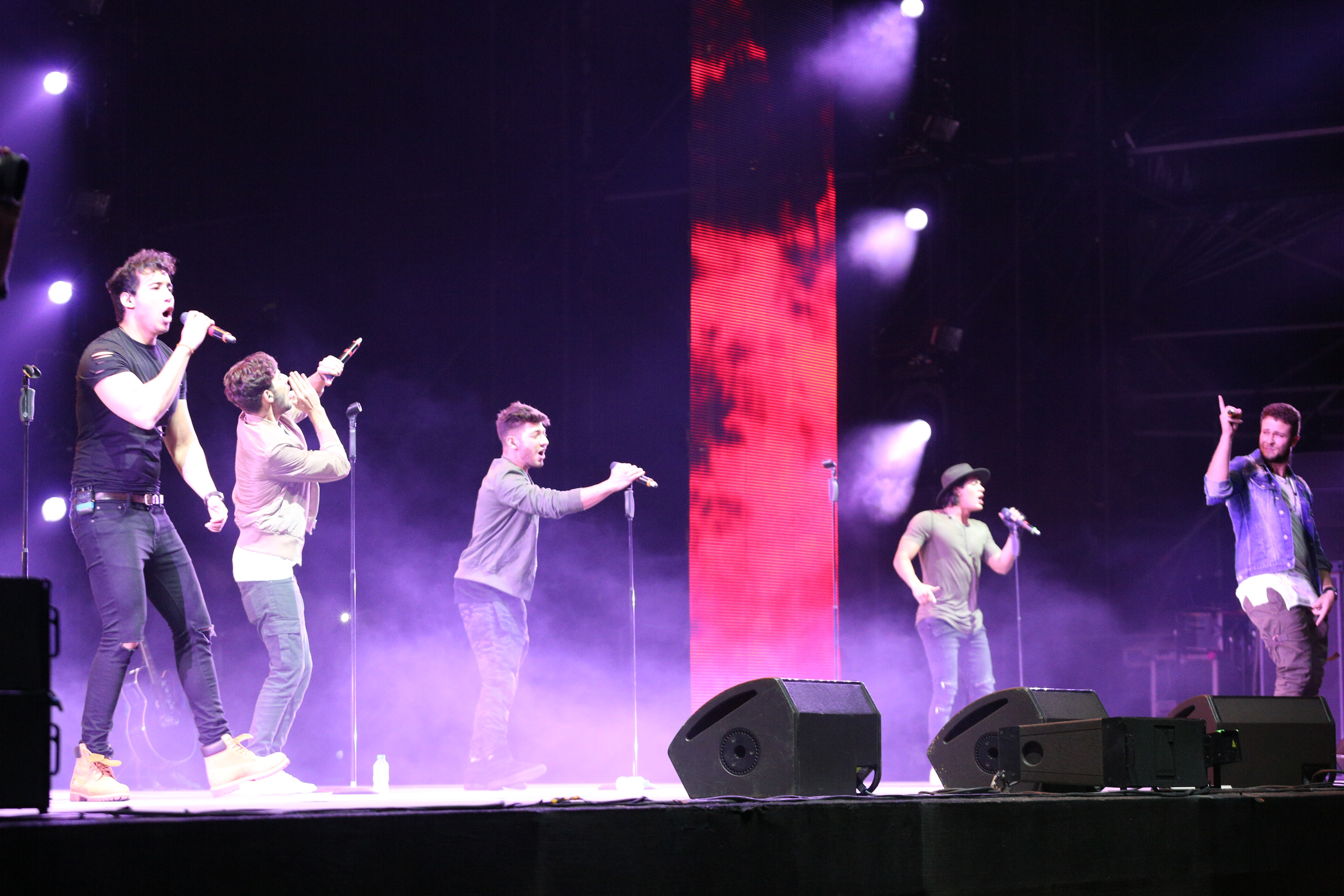 The5 performed at “Beats On The Beach” last Friday (November 25th 2016) for the first time in the UAE and their performance further emphasized in a way their presence as the Arab world’s biggest boy band. 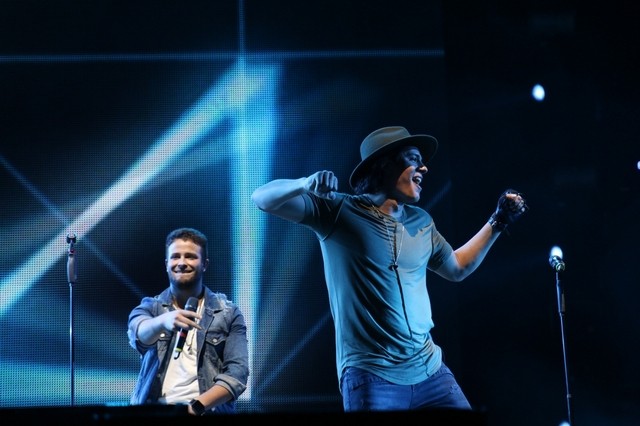 If you did not make it to BOTB, listen to the tracks the band performed on the night below.

All eyes will be on The5 during Beats On Te Beach as the hitmaker pan-Arab boy band will perform in the UAE for the very first time at Abu Dhabi’s Corniche.

The band will be performing with big names like Sean Paul, Travis Scott, Big Sean and Nancy Ajram and many more.

Listen to all The5’s music below:

4 million + online fans across the Middle East and North Africa 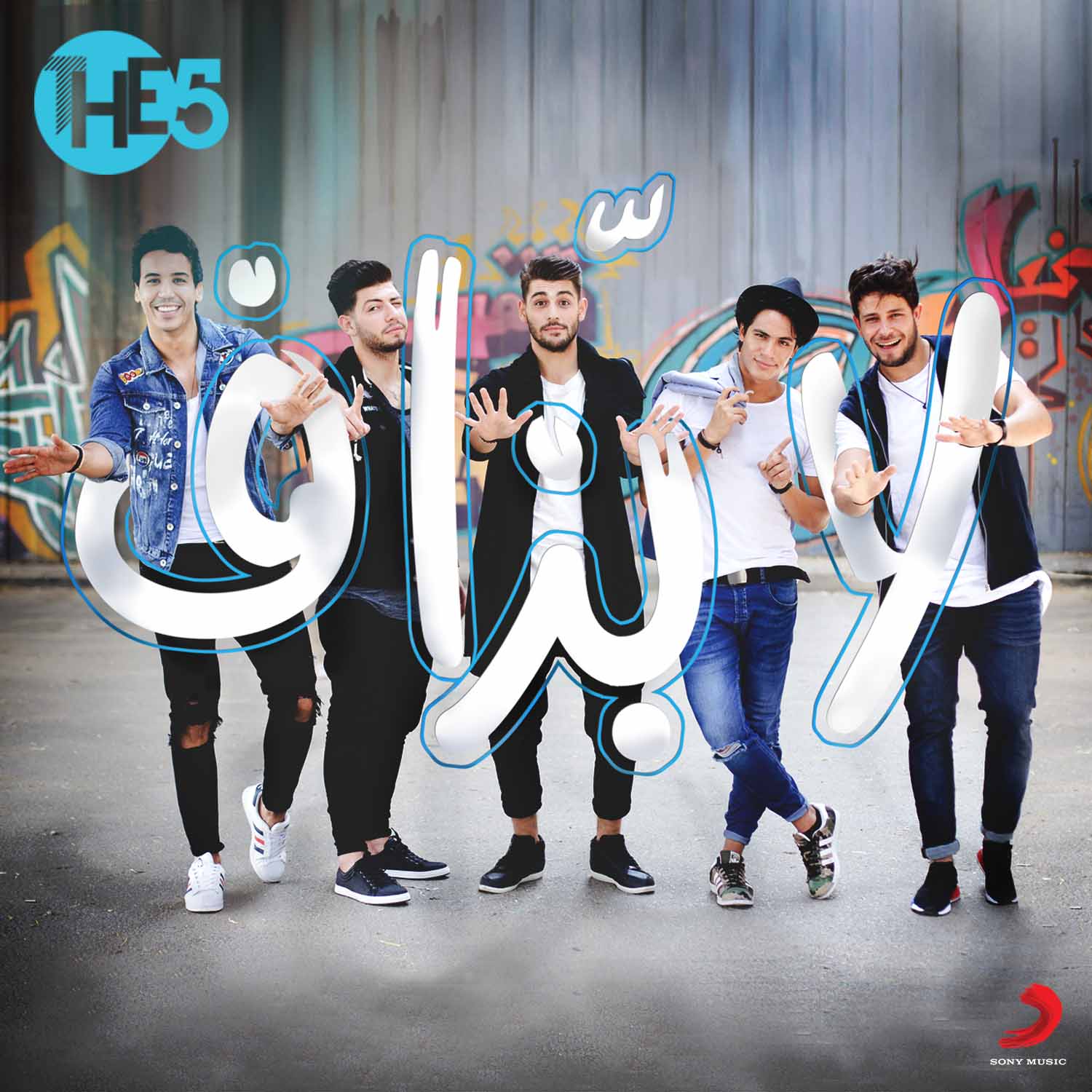 Following a string of thrilling releases and summertime projects, the season is far from over for The5.

“La Bezzaf” (Moroccan slang used when something is a bit too much to handle) was penned as a lighthearted account of finally trying to confront “that girl next door”. It represents a mixture of the band members’ regional and international influences, and marks the next leap in progression of The5’s music.

With its blend of various musical styles, a mature sound and lyrics and music written by the band members themselves, the song features a playful Moroccan vibe, an unforgettable, infectious hook, and all of the boys’ own dialects – making it truly accessible to everyone across the region!

The new single is accompanied by a unique music video, and is as fun and engaging as its melody. Merging real footage with 2D animation and directed by the talented Fares Sokhon, the clip follows the band as they make their way through the backstreets of Beirut, cheekily taking their audience on the chase for the girl, and offering a glimpse into each of their own personalities along the way. Recorded in Sweden earlier this year, Beirut and Stockholm teams collaborated together to get the right mix for what promises to be The5’s biggest single of 2016. 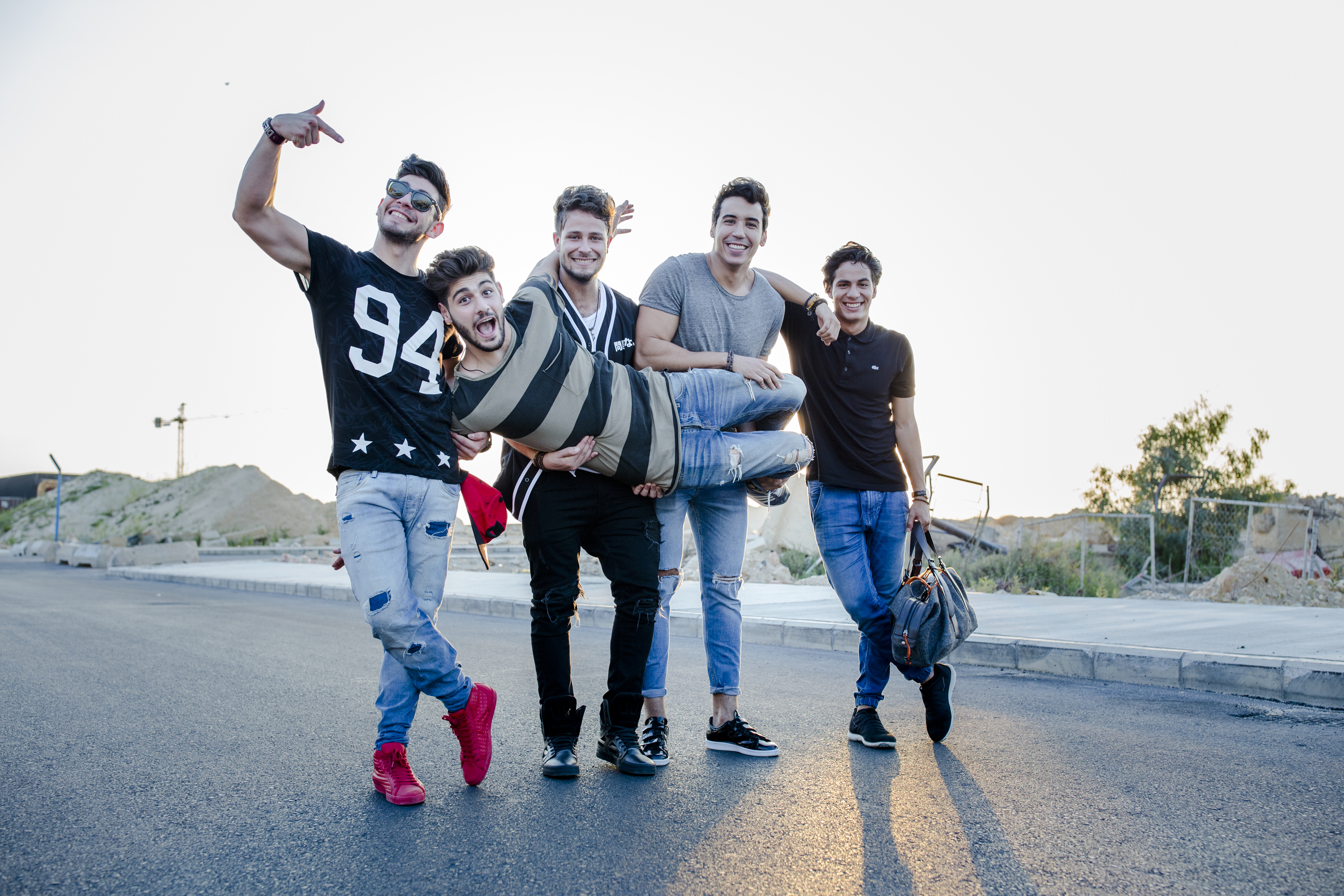 “La Bezzaf” dropped on all streaming platforms, radio and TV stations today, with the music video premiering on Vevo at 09:00 AM UAE time.

The5 have recently dropped their YouTube series, “The5Fridays” on their channel, The5 Official. Fans will get to follow the band around as they go on tour, hit the gym and sing songs by the ocean.

Fivers will also get the chance to see their favorite quintet live, as The5 are also set to perform at Beats On The Beach on Friday 25th of November as part of Yasalam 2016 in Abu Dhabi, delivering a scorching set that will include their new hit. Fans will also be pleased to know that they can come and meet the boys on Thursday 24th of November at Virgin Megastore in Yas Mall Abu Dhabi.

“La Bezzaf” is now available across all global digital and streaming platforms and the following regional stores:

Ala Tabeetak Koon (See The Real Me)”— out NOW!

September 15, 2016 – After a frenetic summer, the biggest boy band in the region are back with a new hit record. Recorded in Sweden with Sony Music’s international producers and co-written by The5 with Lebanon’s finest composer and lyricist, Salim Assaf, “Ala Tabeetak Koon (See The Real Me)” assimilates influences from across the Middle East with the unique electro sounds of Scandinavia and The5’s distinctive vocals and melody.

“Ala Tabeetak Koon (See The Real Me)” carries with it a powerful and important message from The5, encouraging the celebration of one’s true self and being confident in who you are. The song was inspired by The5’s fans, the Fivers. Commenting on the song the boys said: 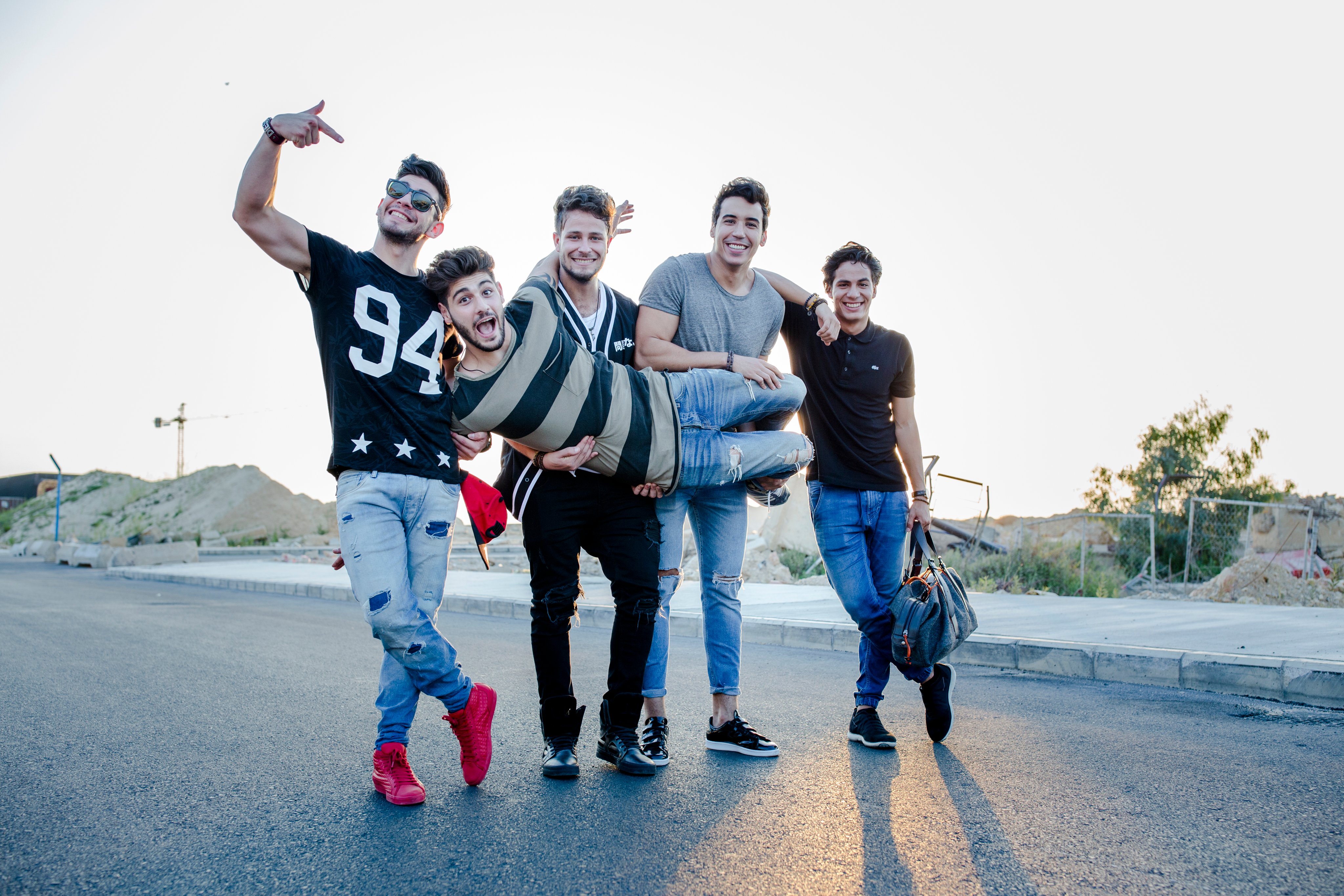 “Ala Tabeetak Koon (See The Real Me)” dropped on all global digital and streaming platforms, radio and TV stations earlier today. The much anticipated music video will premiere exclusively on the Clean & Clear YouTube Channel at 1700 KSA.

“Ala Tabeetak Koon (See The Real Me)” is now available across all global digital and streaming platforms and the following regional stores:

Follow The5’s Writing Camp journey here and get behind the scenes of “Ala Tabeetak Koon (See The Real Me): https://youtu.be/hTDIJjsnhNo

Last week, The5 were in Dubai as part of the Clean & Clear #SeeTheRealMe initiative which circles around empowering young girls across the region and giving them a chance to voice out their talents. 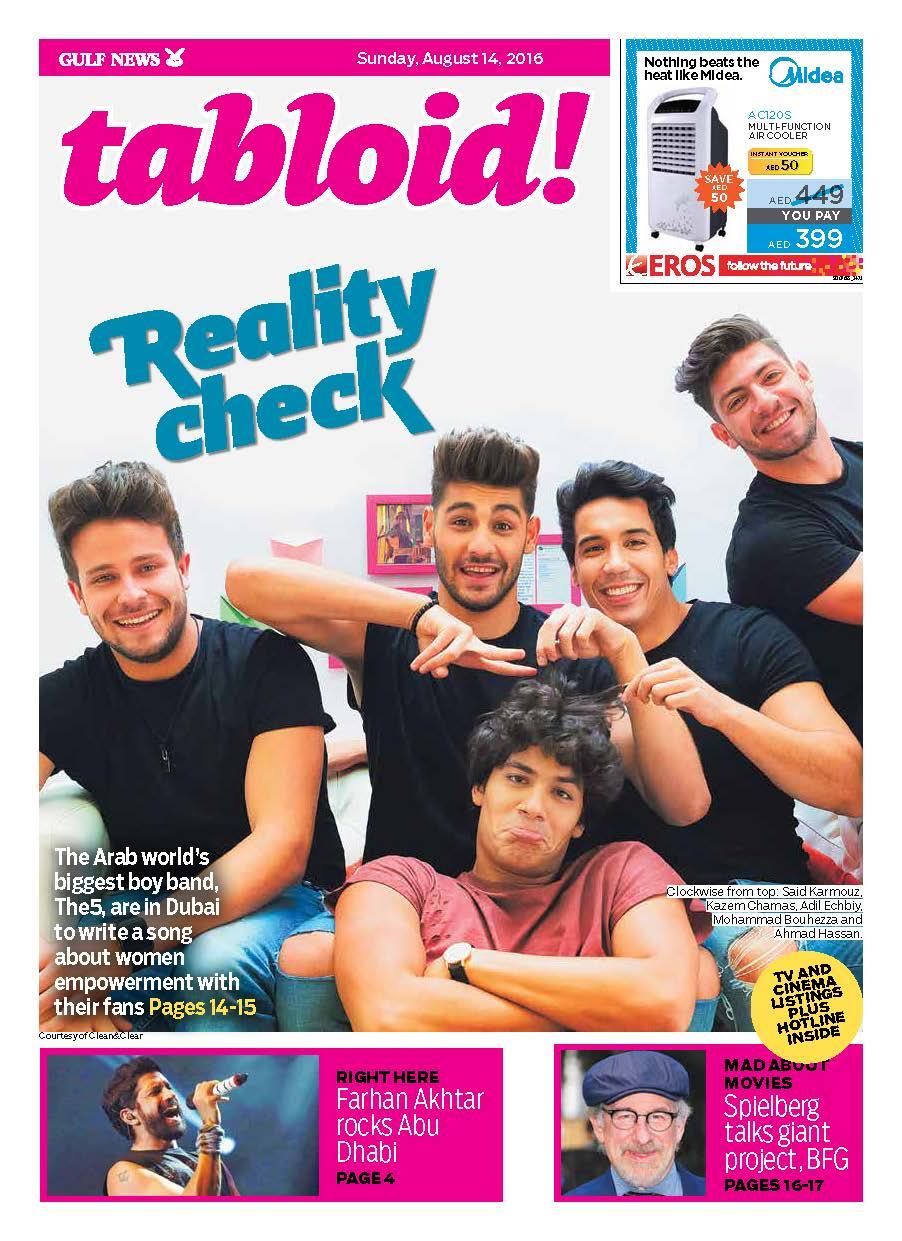 The5 spent a week with the winners of Clean & Clear’s lyric writing competition, #Write4The5 that was launched earlier this year. Winners,  14-year-old Zaynab and 12-year-old Thalia were given the chance to  collaborate with The5 to write their new single. 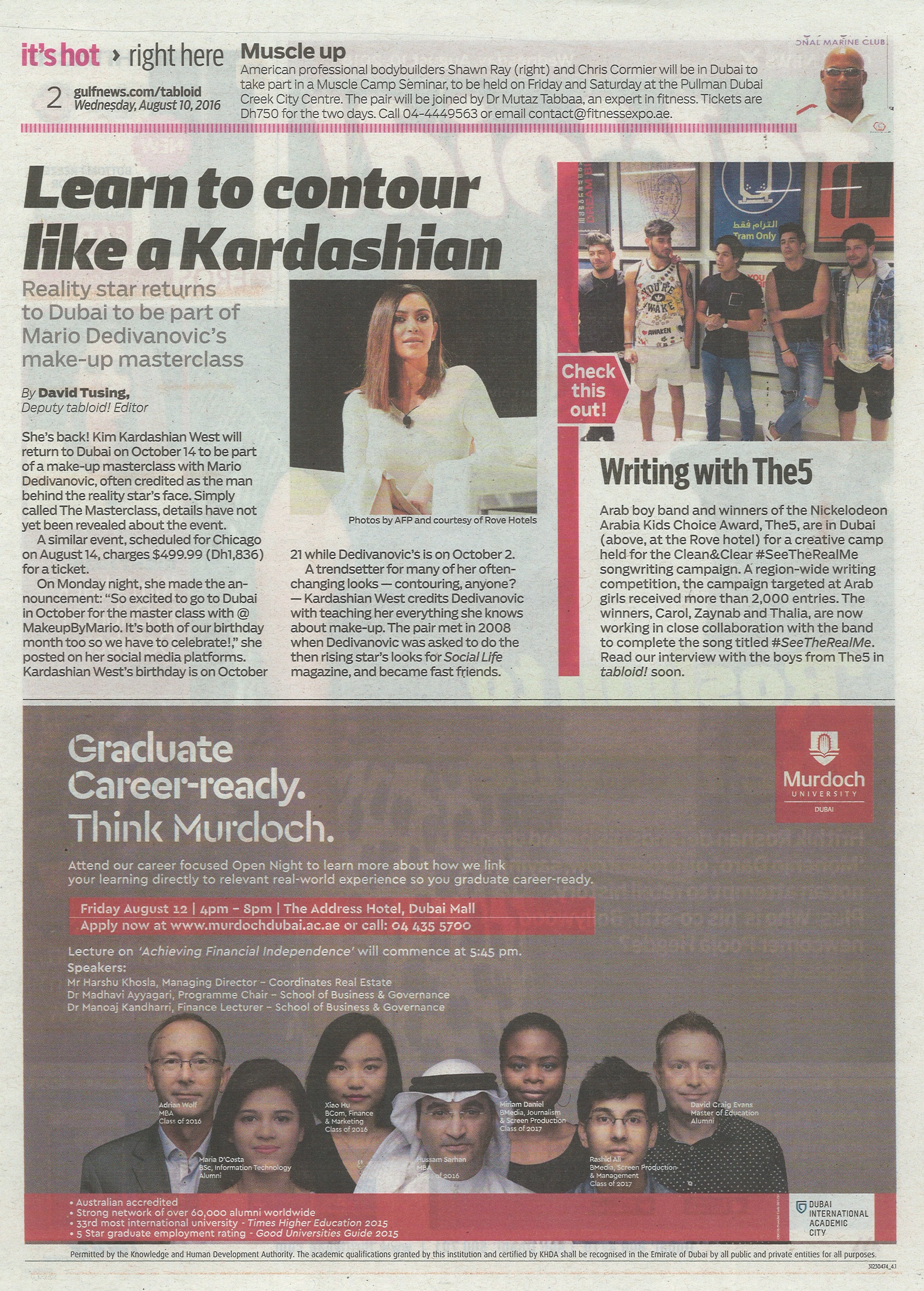 “We just want all our fans and everyone in the Middle East to not be scared or be afraid. If you have talent, if you have anything to show to the people, you have to do it. Don’t be afraid, don’t be shy, just do it,” said band member, Ahmed. 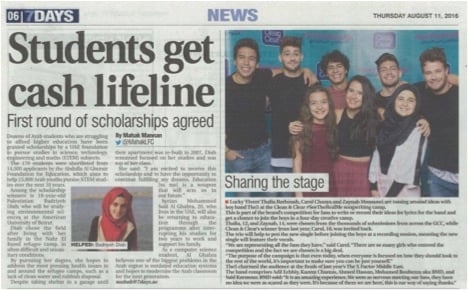